A Long Term Investment in Your Security & Peace of Mind

Restricted key systems are not much more expensive than conventional locks and should be considered as a long term investment in your security. For example, below are indicative investments for lock cylinders:

For an investment of somewhere between $35 to $95 per door you can achieve the biggest single improvement in security possible. It is important to remember these locks will typically last as long as you do in those premises, so their annualised cost is minuscule compared with the difference they make.

TopLock carries the following restricted key systems. The order below indicates our indicative ranking from highest to lowest security.

Call one of our specialists today on 1300 553 945 and get security confidence in your home or business.

BiLock is a high security restricted key system manufactured by Australian Lock Company. BiLock offers an innovative new design & twin bladed key which operate a 12 pin programme of tumbler pins – 6 on either side. These pins in turn activate 2 sidebars to provide the end-user with up to 17,000,000 possible lock combinations.

In addition to a space age element moving within the key, an extraordinary shaped, horizontally positioned security rod has been built into the cylinder to activate the 13th locking dimension. Without the moving element, this 13th dimension cannot be activated which adds yet another feature to BiLock’s exceptional level of quality.

The BiLock innovation has continued with the development of BiLock Quick Change Core or QCC. Now with QCC re-keying can be as simple as withdrawing a plug & replacing it with another in a matter of seconds.

The main features of BiLock QCC are:

If you have an expired system and security is important to you, we would highly recommend you consider replacing your expired system with a current restricted key system.

Keep your business or commercial property up to fire code—learn more!

Note: This form will need to be signed by an approved signatory of this restricted system. If you are unsure who the appropriate signatory is, or need to update the approved signatories. Please contact our office on 1300 553 945 to speak to the workshop.
Key Orders require a minimum of 24 hours to manufacture.

If you do not hold a credit account with TopLock we will be required to take payment prior to processing your order. 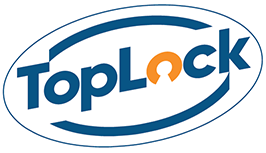 Want more information or a quote?
Complete the enquiry form below to contact TopLock.